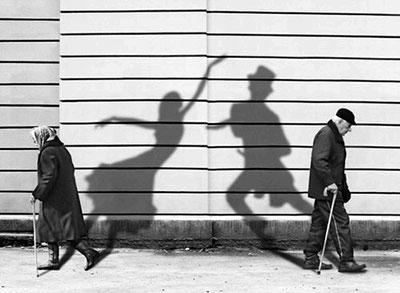 When brain cells die and synapses weaken with aging, our nouns go first, like names of people, because there’s only one neural pathway connecting to that stored information. If the single neural connection to that name fades, we lose access to it. So as we age, we learn to parallel process, to come up with synonyms to go around these roadblocks. (Or maybe we don’t learn to do this, and just become a dimmer bulb.)

The key here is Dr. Katzman’s emphasis on the complexity of our neuronal synapses. More is better. Do whatever you can to create new neural paths. The opposite of this is taking the same old well-worn path over and over again, with habitual patterns of thinking and living our lives.

When I was studying the creative process as a grad student at Stanford, I came across the perfect analogy to this:

The more stepping stones there are across the creek, the easier it is to cross in your own style.

The focus of that aphorism was creative thinking, to find as many alternative paths as possible to a creative solution. But as we age, parallel processing becomes more critical. Now it’s no longer a matter of style, it’s a matter of survival — getting across the creek at all. Randomly dying brain cells are like stepping stones being removed one by one. Those who had only one well-worn path of stones are completely blocked when some are removed. But those who spent their lives trying different mental routes each time, creating a myriad of possible paths, still have several paths left.

The Albert Einstein College of Medicine study shows that we need to keep as many of those paths active as we can, while also generating new paths, to maintain the complexity of our neuronal synapses.

That’s where this particular study falls short. It doesn’t answer these questions as a stand-alone study. Fortunately, it isn’t a stand-alone study. It’s one of many studies, over decades, which have shown that we increase our mental capacity by exercising our cognitive processes. Intelligence: Use it or lose it. And it’s the other studies which fill in the gaps in this one. Looking at all of these studies together lets us understand the bigger picture.

Some of this is discussed here (the page you may have just came from) which looks at intelligence in dancing. The essence of intelligence is making decisions.

And the concluding advice, when it comes to improving your mental acuity, is to involve yourself in activities which require split-second rapid-fire decision making, as opposed to rote memory (retracing the same well-worn paths), or just working on your physical style.

One way to do that is to learn something new. Not just dancing, but anything new. Don’t worry about the probability that you’ll never use it in the future. Take a class to challenge your mind. It will stimulate the connectivity of your brain by generating the need for new pathways. Difficult and even frustrating classes are better for you, as they will create a greater need for new neural pathways.

Then take a dance class, which can be even better. Dancing integrates several brain functions at once, increasing your connectivity. Dancing simultaneously involves kinesthetic, rational, musical and emotional processes.

What Kind of Dancing?

Let’s go back to the study:
Bicycling, swimming or playing golf – 0% reduced risk of dementia

But doesn’t golf require rapid-fire decision-making? No, not if you’re a long-time player. You made most of the decisions when you first started playing, years ago. Now the game is mostly refining your technique. It can be good physical exercise, but the study showed it led to no improvement in mental acuity.

Therefore do the kinds of dance where you must make as many split-second decisions as possible. That’s key to maintaining true intelligence.

Does any kind of dancing lead to increased mental acuity? No, not all forms of dancing will produce this benefit. Not dancing which, like golf or swimming, mostly works on style or retracing the same memorized paths. The key is the decision-making. Remember (from this page), Jean Piaget suggested that intelligence is what we use when we don’t already know what to do.

We wish that 25 years ago the Albert Einstein College of Medicine thought of doing side-by-side comparisons of different kinds of dancing, to find out which was better. But we can figure it out by looking at who they studied: senior citizens 75 and older, beginning in 1980. Those who danced in that particular population were former Roaring Twenties dancers (back in 1980) and then former Swing Era dancers (today), so the kind of dancing most of them continued to do in retirement was what they began when they were young: freestyle social dancing — basic foxtrot, swing, waltz and maybe some Latin.

I’ve been watching senior citizens dance all of my life, from my parents (who met at a Tommy Dorsey dance), to retirement communities, to the Roseland Ballroom in New York. I almost never see memorized sequences or patterns on the dance floor. I mostly see easygoing, fairly simple social dancing — freestyle lead and follow. But freestyle social dancing isn’t that simple! It requires a lot of split-second decision-making, in both the lead and follow roles.

I need to digress here:
I want to point out that I’m not demonizing memorized sequence dancing or style-focused pattern-based ballroom dancing. I sometimes enjoy sequence dances myself, and there are stress-reduction benefits of any kind of dancing, cardiovascular benefits of physical exercise, and even further benefits of feeling connected to a community of dancers. So all dancing is good.

But when it comes to preserving mental acuity, then some forms are significantly better than others. When we talk of intelligence (use it or lose it) then the more decision-making we can bring into our dancing, the better.

Who Benefits More, Women or Men?

In social dancing, the follow role automatically gains a benefit, by making hundreds of split-second decisions as to what to do next. As I mentioned on this page, women don’t “follow”, they interpret the signals their partners are giving them, and this requires intelligence and decision-making, which is active, not passive. This benefit is greatly enhanced by dancing with different partners, not always with the same fellow. With different dance partners, you have to adjust much more and be aware of more variables. This is great for staying smarter longer.

But men, you can also match her degree of decision-making if you choose to do so. (1) Really notice your partner and what works best for her. Notice what is comfortable for her, where she is already going, which moves are successful with her and what aren’t, and constantly adapt your dancing to these observations. That’s rapid-fire split-second decision making. (2) Don’t lead the same old patterns the same way each time. Challenge yourself to try new things. Make more decisions more often. Intelligence: use it or lose it.

And men, the huge side-benefit is that your partners will have much more fun dancing with you when you are attentive to their dancing and constantly adjusting for their comfort and continuity of motion.

Finally, remember that this study made another suggestion: do it often. Seniors who did crossword puzzles four days a week had a measurably lower risk of dementia than those who did the puzzles once a week. If you can’t take classes or go out dancing four times a week, then dance as much as you can. More is better.

And do it now, the sooner the better. It’s essential to start building your cognitive reserve now. Some day you’ll need as many of those stepping stones across the creek as possible. Don’t wait — start building them now. 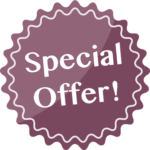 We teach social dance, which is more relaxed and meant for enjoyment, compared to international style which focuses more on technical aspects of dancing. We have a unique method which develops primary dance skills first, so that you may begin using your dancing from your very first lesson! Your learning will progress faster as you attend group classes and practice parties. Start Dancing Today!